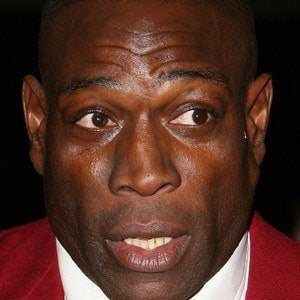 Former British boxer who won the 1995 WBC heavyweight championship. He compiled a career record of 40-5.

He achieved success rapidly with his twenty-one consecutive wins after his professional debut in 1982.

He lost his heavyweight championship in a 1996 fight against Mike Tyson, which would end up being his last professional bout.

He divorced his first wife Laura in 2001. The couple had two daughters and a son together.

He was featured on Piers Morgan Life Stories.

Frank Bruno Is A Member Of