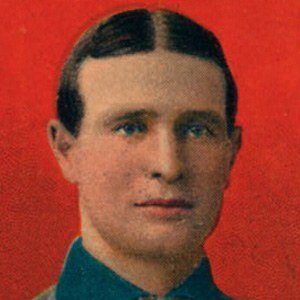 Former major league first baseman and manager who hit .296 during his 17-year career. He played for the Chicago Cubs when they were the Orphans.

He was discovered by the Cubs while playing semi-pro baseball during college.

He earned the nickname Peerless Leader for his leadership qualities and held the best winning percentage for Cubs managers. He also went on to play for the New York Yankees from 1898 to 1914.

He married Edythe Pancake in 1903. His father was president of Fresno's first national bank.

He was elected to the Hall of Fame, later joined by fellow Cubs great Andre Dawson.

Frank Chance Is A Member Of