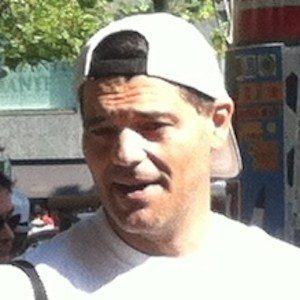 Adventurer and television presenter who became known hosting Frank de la jungla from 2010 until 2013. He would go on to host the spinoff shows La Selva en Casa and Natural Frank. He later hosted Wild Frank on Discovery International.

He studied veterinary medicine at university. He also played tennis and would go on to work as a tennis coach. It was while running his own tennis academy that he became interested in herpetology.

He is an advocate against illegal animal trafficking and abuse in southeast Asia.

He and his ex-wife Yuyee Alissa Intusmith had four children: Zipi, Zape, Zorro, and Zen. Originally from Spain, he later settled in Bangkok, Thailand.

He gained fame as an animal advocate and television presenter, much like Steve Irwin.

Frank Cuesta Is A Member Of