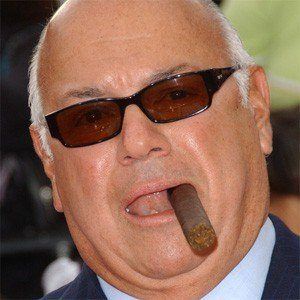 Music industry executive and manager as well as movie actor who is best known for his role of gangster Tuddy Cicero in the classic gangster Martin Scorsese film Goodfellas. He was also Michael Jackson's manager.

He worked as a promotion staffer in Ohio for Epic Records and later worked in the company's Chicago office.

He executive produced his first film Moonwalker in 1988 and also played the role of Jack in the movie.

He was born in Pittsburgh, Pennsylvania and died in North Lima, Ohio from heart surgery complications.

Frank Dileo Is A Member Of