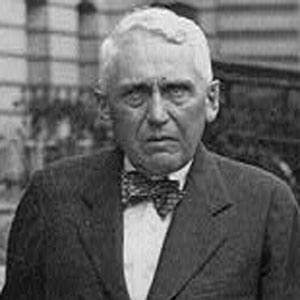 Co-author of the Kellogg-Briand Pact of 1928, which prohibited war as a national policy. He earned the Nobel Peace Prize the following year for his work on the international agreement.

He joined his cousin's law firm in St. Paul, and earned a small fortune advising railroads, mining companies and steelmakers.

As Secretary of State under Calvin Coolidge, he devoted his energies to promoting the Kellogg-Briand Pact even as it was criticized for doing nothing to end war.

He was one of Theodore Roosevelt's trustbusters, litigating in the Standard Oil case.

Frank Kellogg Is A Member Of