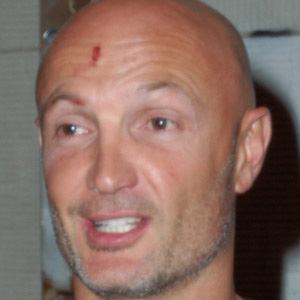 International French defender who was a member of the 1998 FIFA World Cup Championship team. He spent his club career with six different teams and appeared in 206 games for Chelsea between 1996 and 2001.

He started off his career in the lower divisions of the French leagues, debuting with Laval in 1988.

He spent his last professional season, 2004-05, with Al-Wakrah in the Qatar Stars League.

He was raised in Marseille, France.

He appeared in the film Taking Sides with Harvey Kietel.

Frank Leboeuf Is A Member Of