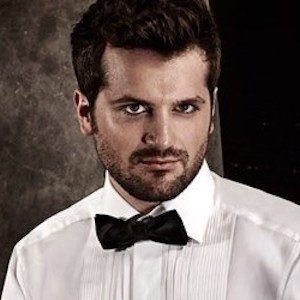 Italian YouTube star who rose to prominence through his enormously popular, self-titled prank channel, which has accumulated more than 1.3 million subscribers to date. His internet fame allowed him to branch out into other forms of media, becoming a judge on Italy's Got Talent and appearing in films like What a Beautiful Surprise.

He spent his early childhood in Carinola, Italy. He later moved the United States and graduated from Cranston High School East in Rhode Island.

He has a secondary YouTube channel dedicated to gaming. Many of the videos on this channel have earned several million views.

His father is Italian and his mother is American.

He co-starred with Claudio Bisio in 2015's What a Beautiful Surprise.

Frank Matano Is A Member Of