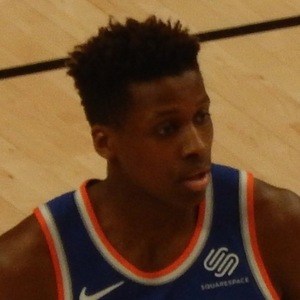 Point guard who was drafted 8th overall by the New York Knicks in 2017. He was was twice named the Best Young Player of the French League during his time with SIG Strasbourg of LNB Pro A.

In 2016, he was named the FIBA Europe Under-18 Championship MVP in helping France win Gold.

He was born to Rwandan parents and is of French descent.

Fellow point guard Dennis Smith Jr. was selected one pick after him in the 2017 NBA Draft.

Frank Ntilikina Is A Member Of