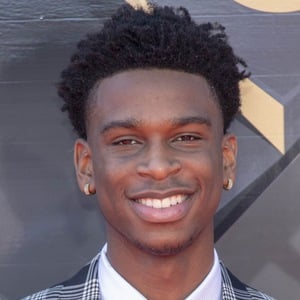 Point guard who spent one season at the University of Kentucky before declaring for the NBA. He was selected 11th overall in the 2018 NBA Draft by the Charlotte Hornets, who then traded him to the Los Angeles Clippers.

He spent his early years in Toronto, Canada and played AAU basketball with UPlay Canada. He averaged 18.4 points and 4.8 assists at Hamilton Heights Christian Academy in Chattanooga, Tennessee.

He won a silver medal representing Canada at the FIBA Americas Under-18 Championship.

He is the son of Olympic sprinter Charmaine Gilgeous. His cousin is basketball player Nickeil Alexander-Walker.

Shai Gilgeous-Alexander Is A Member Of