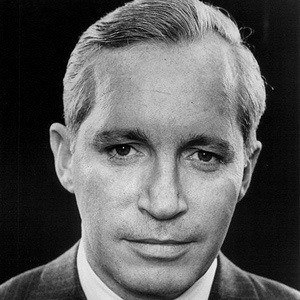 After graduating from Wabash College in 1946, he worked for a Gary, Indiana radio station and for a Chicago, Illinois CBS affiliate television station.

He received a Purple Heart for his U.S. Army service during World War II.

Ted Koppel became famous as the host of Nightline, a program that Reynolds had initiated during the period of the Iran hostage crisis.

Frank Reynolds Is A Member Of