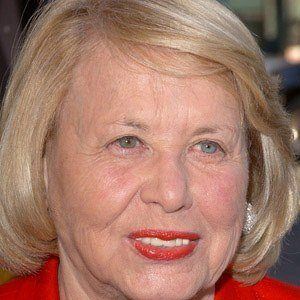 Iconic gossip journalist who became known as The Grand Dame of Dish.

She was previously married to George Edward.

She had one of her first big gossip stories when she interviewed Ivana Trump during her divorce from Donald.

Liz Smith Is A Member Of