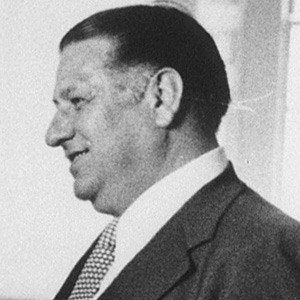 Philadelphia police commissioner who was the city's mayor from 1972 to 1980. He was known for his oddly symbiotic relationship with the Philadelphia press.

He worked for the police department for roughly twenty-five years before becoming commissioner.

People think he had a bad relationship with the African-American community of Philadelphia as a Police officer and Mayor.

He endorsed Richard Nixon for re-election, despite being from the opposite party, and in return was awarded additional funds for his state.

Frank Rizzo Is A Member Of