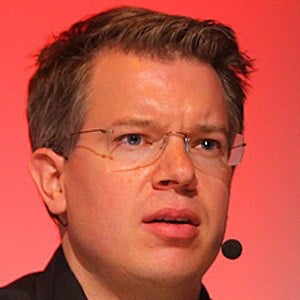 German businessman who, since 1994, has founded technology and design driven internet businesses such as Doo, ip.Labs and LIC. He launched Scanbot in 2014, which is the leading document and QR code scanner app for iOS and Android. He is the CEO of venture capital company e42.

In 1994 he founded his first company, Softer Solutions, when he was 18. It produced high-end multi media CD-ROMs.

In 2014 he joined The Lions Cave, a German reality show where entrepreneurs hope to secure financing from a panel of venture capitalists.

His wife is Nathalie Thelen-Sattler.

In 2012 he organized a tech start-up event with Dr. Angela Merkel.

Frank Thelen Is A Member Of