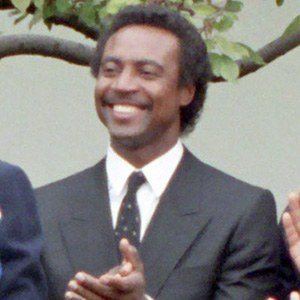 MLB second baseman who spent his entire 18-year career with the Kansas City Royals; his nuber 20 jersey was retired by the Royals in 1995.

He played baseball at Longview Community College in Missouri before beginning his professional baseball career.

He was considered one of the best defensive second basemen of his generation, winning eight Gold Glove awards.

He married his second wife Teresa in 1990.

He teamed with Hall of Fame third baseman George Brett, with whom he played 1,914 games.

Frank White Is A Member Of