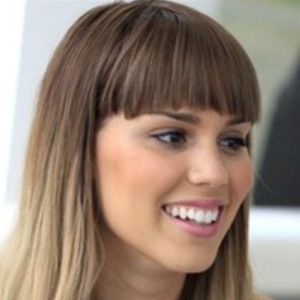 Pop singer who released her debut album Featuring in 2012. She sang "Crazy" for Croatia in the Eurovision Song Contest 2018.

She was the winner of the first season of Showtime in 2007. She released her first single "Ovaj dan" that year.

She won the Public's Choice at 12th Croatian Radio Festival in 2008. She has over 160,000 followers on her frankaofficial_ Instagram account.

Her parents are Damir and Ingrid Batelić.

She and Susanna Marie Cork represented their countries at the Eurovision Song Contest 2018.

Franka Batelić Is A Member Of