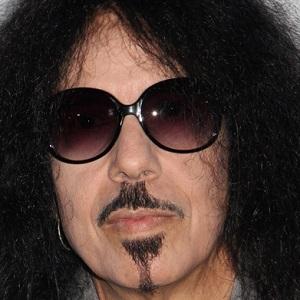 Drummer with the multi-Platinum heavy metal band Quiet Riot who became the group's manager in 1994. He also played with W.A.S.P. and Billy Idol.

He learned how to play the heavy metal sound from John Bonham and learned technique under Terry Bozzio.

Financed by a Kickstarter financing campaign, he began working on a Quiet Riot documentary in 2010.

Charlie Watts was one of his earliest musical influences.

Frankie Banali Is A Member Of