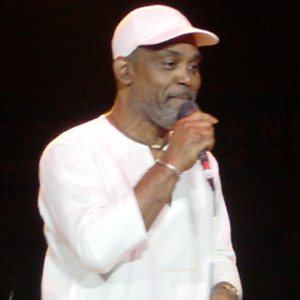 R&B singer whose career began in 1976 fronting the funk band Maze and who sang "Joy and Pain."

He formed his first band, a doo-wop group called The Blenders, as a teenager. One of his first concerts was The Silhouettes.

He helped Maze secure eight consecutive Gold-certified albums between 1977 and 1993.

He has a son named Anthony who is a drummer.

He performed as Marvin Gaye's opening act during the late 1970s.

Frankie Beverly Is A Member Of