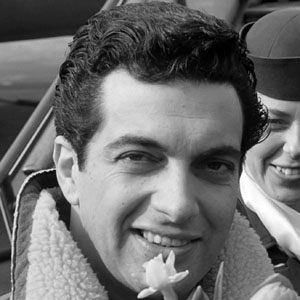 Remembered for his popular covers of such hit songs as "Istanbul (Not Constantinople)," "Kisses Sweeter than Wine," and "Kewpie Doll," this English vocalist, nicknamed "Mr. Moonlight," released twenty-five albums over the course of his two-decade career.

After briefly serving during World War II in the Royal Army Medical Corps, he studied at the Leeds College of Art and went on to perform with the Nat Temple band.

He is most famous for his 1955 recording of "Give Me the Moonlight, Give Me the Girl."

Born Frank Ableson, he grew up in a Russian-Jewish family in Liverpool, England. When he died at the age of seventy-one, he was survived by his wife, Stella.

He appeared with Marilyn Monroe in the 1960 movie Let's Make Love.

Frankie Vaughan Is A Member Of