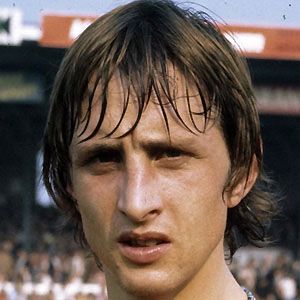 Dutch midfielder and forward who was one of the best players in the 1970s, winning multiple league and European championships.

He joined the Ajax youth system in 1957.

He won three European Cups and was named European Footballer of the Year three times while playing with Ajax.

He fathered three children with his wife of over 40 years, Danny.

He finished second behind Pele in the International Federation of Football History and Statistics World Player of the Century poll.

Johan Cruyff Is A Member Of