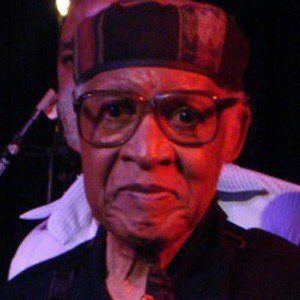 One of the founders of the Association for the Advancement of Creative Musicians who was an avant garde recording artist. He ran a practice space called the Birdhouse for a few years in the late 1970s.

He taught himself saxophone, attended Roy Knapp Conservatory in Chicago and went on to open a series of successful nightclubs in Chicago.

He appeared on more than twenty albums over the course of his career.

He was born in Monroe, Louisiana and grew up in the South before his family settled in Evanston, Illinois.

Both Anderson and Ernie Watts have been Grammy-nominated for their recordings.

Fred Anderson Is A Member Of