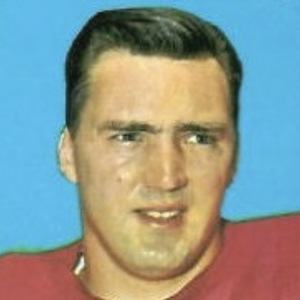 Former NFL tight end who won one World Championship and two Super Bowls as a member of the Kansas City Chiefs. He was a six-time All-Star selection in the American Football League.

He attended Michigan State University, where he was known as more of a defensive player.

He was inducted into the Kansas City Chiefs Hall of Fame and was made a member of the AFL All-Time Team.

He has four children with Sharon Arbanas.

He won his Super Bowls under head coach Hank Stram.

Fred Arbanas Is A Member Of