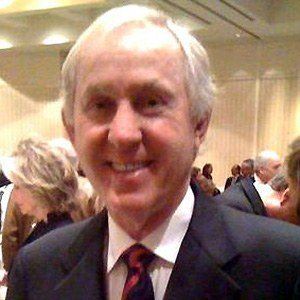 NFL Hall of Fame quarterback who spent 18 seasons with the Minnesota Vikings and New York Giants. He was a 9-time Pro Bowl selection and was named NFL MVP in 1975.

He was a member of Sigma Alpha Epsilon fraternity at the University of Georgia.

He has a daughter named Hayley with his wife Linda.

He is the former co-host of That's Incredible!, and John Davidson became host of the show after him.

Fran Tarkenton Is A Member Of