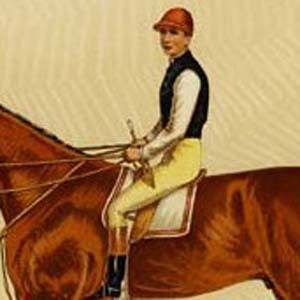 Legendary English horse jockey who was nicknamed The Tin Man, and is considered one of the best jockeys ever.

He became a trainer's apprentice when he was only 11 years old.

He was a star jockey in both Britain and France.

His father William Archer was a well known jockey in his own right.

Isaac Murphy was his American counterpart.

Fred Archer Is A Member Of