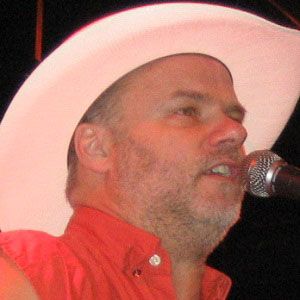 Country singer and songwriter from Canada. He formed a band that changed its name according to its musical sub-genre: The Flying Squirrels played rock and folk songs and The Flathead Noodlers performed bluegrass music.

He released his debut, self-titled album in 1980. Three years later, he recorded a second album, The Boy That Just Went Wrong.

Common themes of his songs include automobiles, animals, guns, alcohol, and life on the ranch.

He and his eight siblings were raised in the farmlands of Southern Ontario, Canada.

He performed his song "Careless" on a 2010 episode of the Late Show with David Letterman.

Fred Eaglesmith Is A Member Of