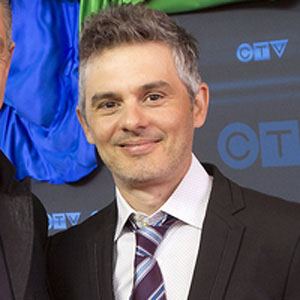 Best known for his starring role in the Canadian situation comedy Dan for Mayor, this screen actor also appeared in series such as Robson Arms and Corner Gas.

After failing his college and drama school courses, he trained with a private acting coach and was cast in a small role in a 1998 episode of The New Addams Family.

He appeared in several comedic films, including Young Triffie and The Delicate Art of Parking.

He was born and raised in the city of Port Moody, British Columbia.

He appeared with Noah Crawford in a 2013 Nickelodeon movie called Swindle.

Fred Ewanuick Is A Member Of