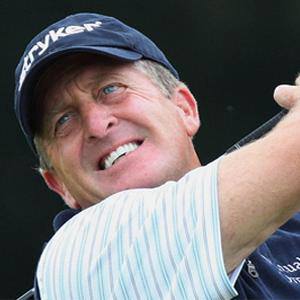 Winner of eight PGA Tours and eight Champions Tours who became known for having the straightest shot in game.

Before starting off on his golf career, he worked as a newspaper circulation supervisor.

He was one of the first PGA golfers to get laser eye surgery to improve his game.

He grew up in Takoma Park, Maryland.

His entrance song is "Give Up the Funk" by George Clinton's band, Parliament.

Fred Funk Is A Member Of