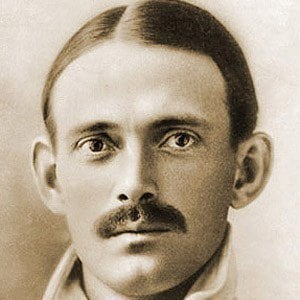 Defensively gifted first baseman who hit .294 and played in nearly 2,000 games during his career.

He originally starred as a catcher for the Ivy League school Brown University.

He once tried to sign a black player in 1905 when he was the manager of the Boston Beaneaters.

He had two daughters, Barbra and Ruth, with his wife Bessie.

He played for the Boston Beaneaters, which later became the Braves, the team that Hall of Fame slugger Hank Aaron played with for many years.

Fred Tenney Is A Member Of