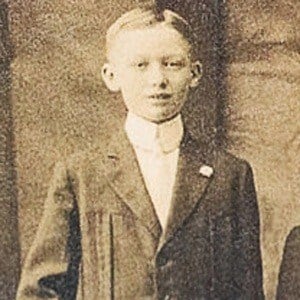 Business mogul and real estate developer known for being the father of the 45th president, Donald Trump. He made his fortune (estimated to be more than $250 million at his death) building and renting apartments in New York City.

Born to German immigrants, he entered real estate development when he was 15, partnering with his mother Elizabeth. During the Great Depression, he dedicated resources to the creation of supermarkets.

In the early 1970s, Trump's organization, which now also employed Donald, was sued by the US Department of Justice for refusing to rent to black people.

He married Mary Trump in 1936 and had five children with her: Maryanne, Fred Jr., Elizabeth, Donald, and Robert. He suffered from Alzheimer's at the end of his life and died after contracting pneumonia in 1999.

Woody Guthrie lived in the elder Trump's apartment complexes in the 1950s, and his writings revealed a very unfavorable view of his landlord.

Fred Trump Is A Member Of