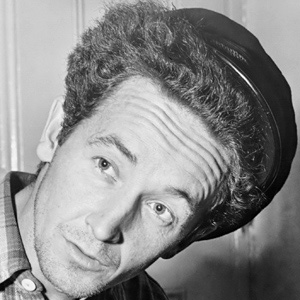 Influential folk singer best known for his song "This Land Is Your Land." He was a Rock and Roll Hall of Fame inductee in 1988.

A fire burned down his home, killing his sister and severely injuring his father. He went on to perform with the Almanac Singers.

He released hundreds of songs over the course of his life, including "Talking Merchant Marine" and "Cocaine Blues."

Bob Dylan worshipped Guthrie and visited him often during his final years.

Woody Guthrie Is A Member Of