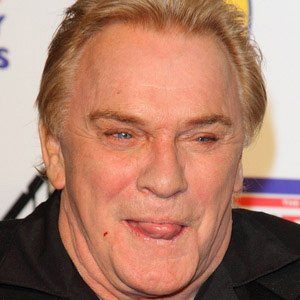 English comedian and singer who made the UK's top ten with his single "It's You." In 2011, he participated in the reality television series I'm a Celebrity...Get Me Out of Here.

As a teenager, he appeared in the 1958 film Violent Playground. Later, he was the lead singer of a Merseybeat pop group called The Midniters.

In 1986, the London tabloid The Sun ran a story in which a woman accused him of eating her hamster.

He was a fan of the Everton Football Club, which defeated singer Elton John's favorite team, Watford, in the 1984 FA Cup match.

Freddie Starr Is A Member Of