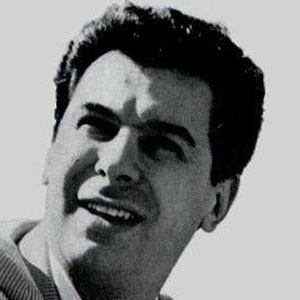 Rock 'n' roll musician who gained fame for his song "Way Down Yonder In New Orleans," "Palisades Park," and "California Here I Come."

He served in the National Guard.

HIs song "Way Down Yonder In New Orleans" reached #3 the Billboard US Top 40 Pop Singles.

He married in his teenage years and became a father.

He was in the movie Just for Fun, alongside singer Bobby Vee.

Freddy Cannon Is A Member Of