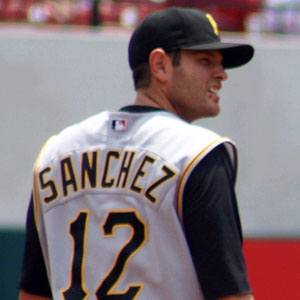 All-Star second baseman who led the National League in hitting in 2006, while playing for the Pittsburgh Pirates.

He was a three-year varsity baseball star at Burbank High School in California.

He was a member of the 2010 World Series Champion San Francisco Giants, hitting a respectable .273 in the World Series.

In high school, he played in the same summer league as All-Star shortstop Jack Wilson.

Freddy Sanchez Is A Member Of