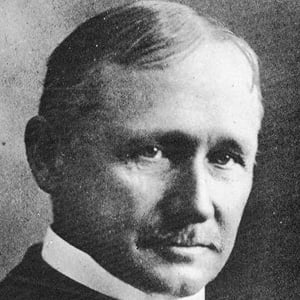 Pioneer of the efficiency movement who became the first to develop a system to increase manufacturing production and decrease costs.

He got an early taste of efficiency from his mathematics professor, who timed class problems by average students and made exams fitting exactly the time allotted for class.

As the manager at the Midvale Steel Company, he encouraged paying the workers according to their productivity, which quickly doubled the output of the plant.

He was born in Philadelphia, Pennsylvania into a well-to-do and influential family that traced their descent to the Mayflower pilgrims.

Russian communist leader Vladimir Lenin was impressed enough with Taylor's system that he sought to implement it in Soviet industries.

Frederick Winslow Taylor Is A Member Of