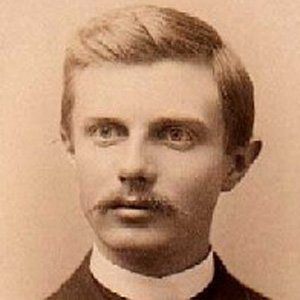 Influential historian of the United States who advanced the Frontier Thesis that the unique American character was borne out of the frontier spirit of its early settlers.

Three years before he published his seminal work, the U.S. census officially called an end to the Western expansion, prompting Turner to reflect on the closing of the frontier.

He argued that the key American traits - a disinterest in classical culture, a strong sense of egalitarianism, and a preference for violence - all came out of the frontier.

He was born in Portage, Wisconsin inheriting his interest in history from his journalist and amateur historian father.

A century before him, historians like William Prescott began writing on the implications of America's expansions, with him focusing on the formerly Mexican lands.

Frederick Jackson Turner Is A Member Of