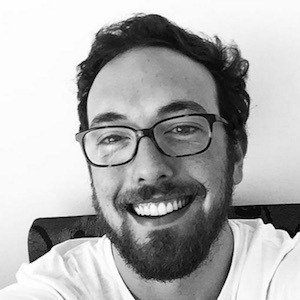 Brazilian social media star who is famous for his self-titled YouTube channel. He has gained popularity there for his personal vlogging, dating stories and tips, interpersonal communication stories, and challenges with tags.

He is a published author on the subject of communication and romance, and he had a commemorative edition of his first book, A Smile or Two, released in 2017. He created the website Entenda os Homens.

He has featured his mother in vlogs across his YouTube channel.

He and Lucas Lira collaborated on his "UMA PALAVRA, UMA MÚSICA" YouTube video.

Frederico Elboni Is A Member Of