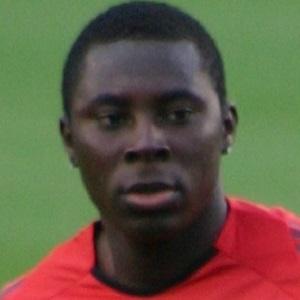 He was the top scorer in the U-14 U.S. Olympic Development Program.

He was involved in a relationship with the singer JoJo; he grew up with a younger brother named Fro.

He played alongside Landon Donovan on the US national team from 2006 to 2011.

Freddy Adu Is A Member Of