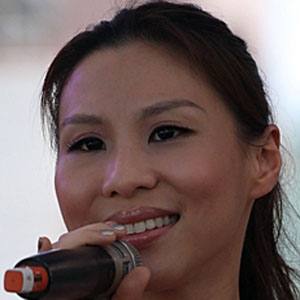 Taiwanese singer and radio disc jockey who won a Singapore Hit Award in the Best Newcomer category in 2001 for her self-titled album.

She was discovered while singing "Night's Too Dark" by Sandy Lam at a KTV in 1999.

She appeared in the Taiwan musical play Love Mileage in 2009.

She was born to a Malaysian Chinese father and a Taiwanese mother.

Her voice has been compared to a young Connie Francis.

Freya Lim Is A Member Of