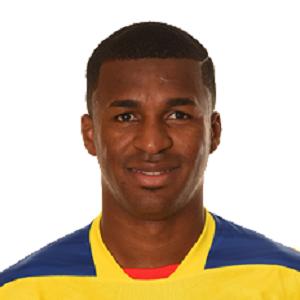 Defender who joined Flamengo in 2014 after spending a year with Barcelona SC. He debuted with the Ecuadorian national team in 2011.

He began his professional career with El Nacional in 2006.

He was sent on loan to Tecnico Universitario during the 2007 season.

He was born in Esmeraldas, Ecuador.

He and forward Joao Plata became teammates on the Ecuadorian national team.

Frickson Erazo Is A Member Of