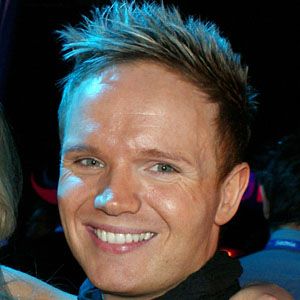 Singer from Iceland best known as the lead vocalist for the electronic dance duo Eurobandio. As a solo artist, he has released albums like 2006's "Annan Dag," for which he was nominated for Singer of the Year at the Icelandic Music Awards.

He and Regina Osk, known together as Eurobandio, represented Iceland at the 2008 Eurovision Contest with the song "This Is My Life."

He is the youngest of three children born to his parents.

He and singer Bjorgvin Halldorsson both represented Iceland at the Eurovision Song Contest.

Fridrik Omar Is A Member Of