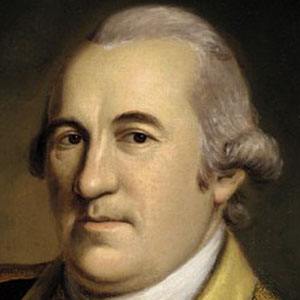 Military veteran who served as a Major General of the Continental Army during the American Revolutionary War. His book Regulations for the Order and Discipline of the Troops of the United States was used as a drill manual by the U.S. military for more than three decades.

He enlisted in the Prussian Army at seventeen and served as a Lieutenant during the Seven Years War.

Today, Von Steuben Day is celebrated in cities across the United States on or around his birthday, primarily by German-Americans.

He served as the Chief of Staff under future U.S. President George Washington during the Revolutionary War.

Friedrich Wilhelm von Steuben Is A Member Of