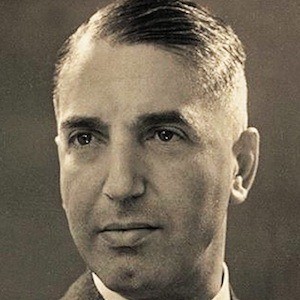 German dentist famous for hiding Anne Frank during during the Nazi Occupation of the Netherlands. He is referred to as Albert Dussel in her famous diary.

He was killed at the Neuengamme concentration camp in Northern Germany.

He moved in with Charlotta Kaletta, but the two were forbidden from marrying due to the 1935 Nazi Nuremberg Laws.

He is well-known for hiding young Jewish girl Anne Frank from the tyranny of the Nazis.

Fritz Pfeffer Is A Member Of