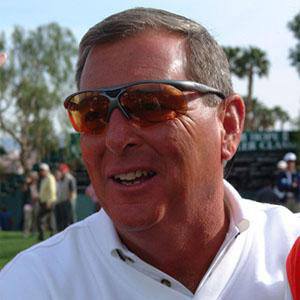 PGA golfer who won the Masters in his first appearance at the event.

He went to the University of Houston.

He won two major championships and was known to heckle his opponents on the golf course.

He fathered four children with his wife, Diane.

After he made a racially charged joke about Tiger Woods, K-Mart and Dunlop pulled their endorsement deals with him.

Fuzzy Zoeller Is A Member Of