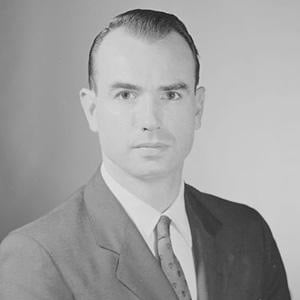 During the Korean War, he served in the United States Army.

He was Chief Operative for White House Plumbers and got in trouble with Nixon.

He married Frances Ann Purcell on November 9, 1957 and had five children with her.

He joined Timothy Leary for a series of popular debates on various college campuses.

G Gordon Liddy Is A Member Of