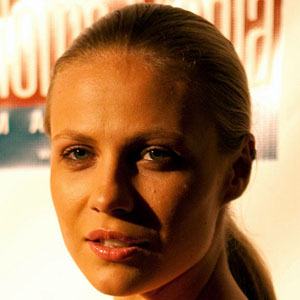 Actress from Los Angeles who gained notoriety after winning the reality competition series "Scream Queens." Her victory on the show resulted in her being cast as Kara in the 2010 horror film "Saw 3D."

She majored in English Literature at North Dakota State University before becoming a production assistant on the mini-series "Into the West."

Her parents are of Sami descent, a group of people indigenous to Norway.

She appeared in "Saw 3D" alongside Tobin Bell, who plays the series' infamous villain, Jigsaw.

Gabby West Is A Member Of