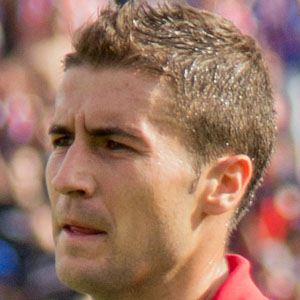 Defensive midfielder who began his professional career with Atletico Madrid and later returned to the team after a 4 year spell with Getafe and Zaragoza. He is commonly known as Gabi.

He is a product of the Atletico Madrid youth system and first appeared as a professional with the club in 2002.

He made 19 international appearances for Spain, 7 of which were for the Under-20 club.

He was born in Madrid.

He was teammates with Diego Godin during the 2014 season.

Gabriel Arenas Is A Member Of