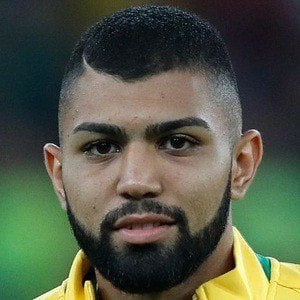 Brazilian professional soccer player who is recognized for playing the forward position for both the Italian club Inter Milan, as well as, the Brazilian national team. During the 2016-2017 regular season he scored one goal for Inter Milan.

In 2004 at the age of 8 he joined Santos FC's youth soccer program.

He made his full international debut in a May 2016 match against Panama.

Both he and Samir Handanović played for Inter Milan.

Gabriel Barbosa Is A Member Of