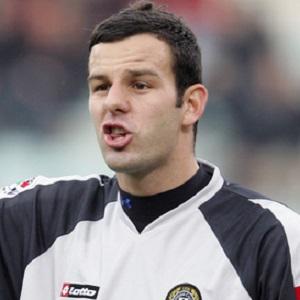 Slovenian goalkeeper who was named Serie A Goalkeeper of the Year while playing for Udinese Calcio in 2011 and 2013. In 2010, he was named to the Slovenian squad at the FIFA World Cup.

He was on the Slovan youth squad before transferring to Domzale in 2002.

During the 2010–11 Serie A season, he tied a league record by saving six penalty kicks.

He married former cheerleader Zoja Trobec in 2012. They have a son together named Alex.

He played alongside Slovenian team captain Robert Koren at the 2010 FIFA World Cup.

Samir Handanovic Is A Member Of