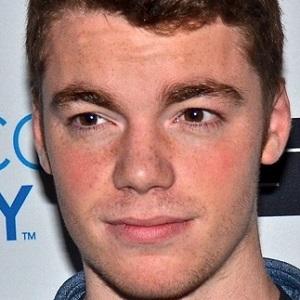 American screen actor who appeared in the 2011 film Super 8. From 2010-2013, he played a recurring role in the television series The Big C.

He appeared in his first two feature films, Meet Bill and Alice Upside Down, in 2007.

He had guest spots on episodes of iCarly, Ghost Town, and Eastwick.

He grew up in the St. Louis, Missouri area as the son of Louis and Marcia Basso. His sisters Annalise and Alexandria are both actresses.

He co-starred with John Goodman in a 2010 indie film called Alabama Moon.

Hillbilly Elegy
The Kings of Summer
The Hive
More