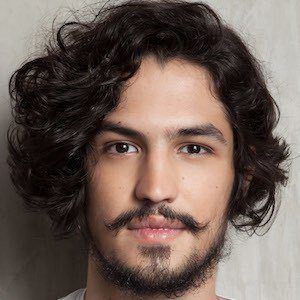 Brazilian actor who shot to stardom playing Guilherme Lovatelli on the soap opera Verdades Secretas. He has since gone on to appear on series like Santo Forte and Velho Chico as well as in films like 2015's Kid.

He began his acting career in 2009, when he was cast in a theatre production of The Taming of the Shrew.

He was nominated for a Melhores do Ano award for his performance on Secret Truths in 2015.

He has a brother named Lucas.

He co-starred with model and actress Camila Queiroz on Verdades Secretas.

Gabriel Leone Is A Member Of