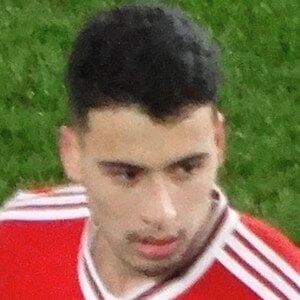 Brazilian professional soccer forward who became a member of Arsenal Football Club in 2019 after a previous stint with Ituano. He received the title of Campeonato Paulista Best Newcomer in 2019.

He began his youth career as a futsal player for Sport Club Corinthians Paulista in 2010.

He was named Campeonato Paulista Countryside Player of the Year in 2019.

He is of both Brazilian and Italian descent. On Christmas Day 2019, he posted family photos on Instagram.

He became coached by Mikel Arteta after joining Arsenal F.C.

Gabriel Martinelli Is A Member Of